In this classroom, only certainty about ‘ritual abuse’ 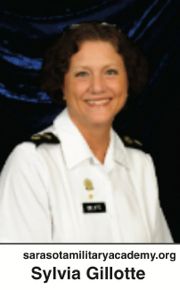 “Over the last 12 years, there have been hundreds of day care cases across the United States which involved allegations of ritual child abuse. The discovery and successful prosecution of a number of these cases has done much to expose cult activity and increase our awareness. While day care cases may ultimately be the ‘Achilles’ heel’ of organized cults who desire to expand their power and influence, there is nonetheless tremendous reluctance on the part of most victims to come forward. This is primarily due to the response of the media and the public.

“Along with the very real fear of reprisal or death associated with disclosure, adult survivors of ritual abuse who come forward face not only a climate of disbelief, but a lack of support services as well. Having endured the unspeakable horrors of ritual abuse, they face further victimization by an entire system in denial…..

“It is also often difficult to obtain conclusive medical evidence supportive of a child’s allegations of ritual physical and sexual abuse. Most cults use very sophisticated abuse, torture, and mind control techniques which are difficult to detect. For example, during the abuse and programming of children, cults may use the following: electroshock; pins and needles which are inserted under the fingernails or into sexual or other orifices of the body; knife cuts or burns into the scalp, onto the soles of the feet, or in the creases of the skin; as well as injuries designed to be explainable by otherwise acceptable means….

“Many cults either own or have access to a crematorium, and are assisted by cult physicians and/or coroners who cover up the cause of death of their victims. Less sophisticated methods for body disposal which have been used effectively are lime or acid pits, as well as tree shredders….

“When a concerned parent or therapist manages to make the child feel safe enough to make a disclosure, the system responds by discounting the allegations on the basis that the disclosure was not made at the onset of the therapeutic process….

“Children frequently report having been taken by train, boat, submarine or airplane to a specific location to participate in ritual activity. Often they are blindfolded and only told the name of the location after they have arrived.

“In reality, such transportation may only have been simulated, and a false location given. Or the child may, in fact, have been in a plane which flew in a circle for 20 minutes, with the ultimate destination falsified. In either case, facts are distorted to discredit later disclosures….

“(Footnote:) My contact with survivors in South Carolina and other states in the South reveals that alligators are commonly used as a means of disposal in these areas….”

– From “Representing Children in Family Court: A Resource Manual for Attorneys and Guardians Ad Litem,” a (no longer available) publication of the South Carolina Bar (1993, 1995) by Sylvia Lynn Gillotte, chairman of the Resource Manual Project, Officer of the Governor, Guardian Ad Litem Program, in Spartanburg, S.C.

Ms. Gillotte makes an earnest and articulate argument that the nation’s day cares were (are?) plagued by “satanic ritual abuse.” Predictably absent in her 5,000-word manifesto, however, is anything approaching the requisite extraordinary evidence for extraordinary claims. Electroshock? Tree shredders? Plane rides? Alligators? “Cult physicians and/or coroners”?

Unlike so many who shared her convictions in the 1980s and ’90s, Ms. Gillotte has not retreated from the arena. Now an adjunct professor in the department of criminology at the University of South Florida Sarasota-Manatee, she teaches a course on “Legal Perspectives on Crimes Against Children” that features a main text by John E.B. Myers and a Skype interview with Randy Noblitt.

Professor Gillotte’s syllabus is unusual if not unique in 21st-century academia. Much more typical: Catherine Caldwell-Harris’s at Boston University.

Despite our wide differences, Professor Gillotte has generously taken the time to address my skepticism about ritual abuse. Later this week I’ll be quoting from our exchange.