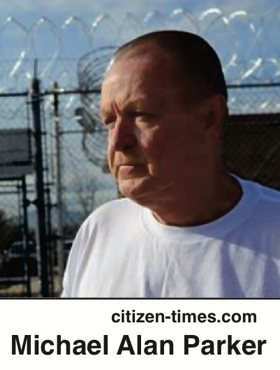 “ASHEVILLE, N.C. – After more than 20 years behind bars, Michael Alan Parker, 57, walked past the barbed wire gates of Craggy Correctional Center and looked out at the mountain skyline on Tuesday morning.

“Convicted of sexually abusing his three children in a 1994 trial charged with allegations of Satanism, Parker was freed after Superior Court Judge Marvin Pope ruled Monday that the medical evidence would no longer be interpreted as proof of sexual abuse. Pope vacated Parker’s sentence and dismissed the charges against him….

“Parker was first jailed in February 1993, when he and several codefendants were accused of abusing Parker’s three children in and near their home in Saluda, N.C.

“At trial in 1994, Parker’s children testified in graphic detail about abuse that prosecutors labeled ritualistic. The 9-year-old girl testified that she had been sexually abused in a garage behind their home. She said a fire was burning inside a circle made of rocks, and she heard people chanting in soft voices.

“In an emotion-charged atmosphere, then-Assistant District Attorney Mike Edwards called the trailer park where the family lived ‘Sodom and Saluda’ and quoted the Bible in his statements to the jury….”

– From “Henderson County man walks free after 20 years in prison“ by Renee Bindewald in the Spartanburg (S.C.) Herald-Journal

Congratulations are in order for Mr. Parker and his appellate lawyer, Sean Devereux, who had labored doggedly (and often pro bono) on his behalf since 1999.

The similarities to Andrew Junior Chandler’s case are obvious, although the “Sodom and Saluda” allegations in the Parker case were rooted in domestic turmoil rather than in the way-too-familiar day-care fantasy. Most notable is Judge Pope’s recognition that the type of medical validation of abuse presented at trial has been persuasively discredited –  see also, the physician’s recantation that set Fran and Dan Keller free.

Will Pope’s decision prove to be an aberration? Or does it presage the breakthrough Junior Chandler has for so long been denied?