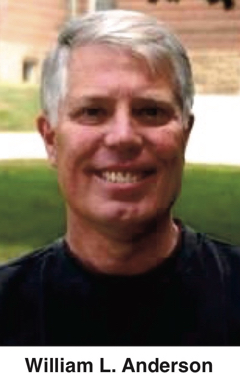 William L. Anderson, professor of economics at Frostburg (Md.) State University, writes widely in opposition to big government. He has a particular aversion to overreaching prosecutors such as Mike Nifong and Nancy Lamb.

Anderson recently spoke to a North Carolina State University audience on “The Economic Calculation of Prosecutorial Abuse,” and afterward he shared these thoughts on how justice goes bad:

“The real problem is that people in the courts and law enforcement don’t have ‘fences’ that limit their behavior and also increase their liability. If the chances that they will face any meaningful sanctions for lying and lawbreaking are almost nil, then we can expect two things:

“Take Nancy Lamb, for example. While she narrowly lost the DA election last year, nonetheless she has ridden the Edenton fame for years and has done well in her career. It helped her gain money and what the late Murray Rothbard described as ‘psychic profit.’ She suffered no consequences that I know despite the horrendous train-wreck damage she caused not only the defendants, but also the taxpayers of North Carolina…. Lamb is protected by prosecutorial immunity and also by a media and legal culture that bows down to prosecutors and judges….

“A society that accepts and honors this kind of dishonest and destructive behavior is doomed. There is no other way to put it. The people from Edenton could never get back their lives; Betsy Kelly pleaded nolo contendere because she knew the North Carolina ‘justice’ system was utterly and hopelessly corrupt….”

Also seemingly immune to appropriate consequences: Chris Bean, who went on to a long career on the bench despite having provided flagrantly prejudicial testimony against former client Bob Kelly.