Dog bites man: ‘Paper will not be retracted’ 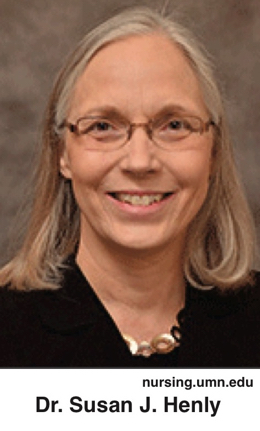 In November 2012 the journal Nursing Research declined my request to retract Susan J. Kelley’s 1990 article based on the existence of “satanic ritual abuse” in day cares. The editor contended that “Conditions that would lead to a retraction are not present.”

Nursing Research having since installed a new editor, I recently tried again. This time I was able to include two important academic developments: Richard Noll’s expose of the “satanic ritual abuse” movement in Psychiatric Times and Dr. Allen Frances’ personal apology for failing to do more to challenge that movement.

This is an excerpt from the response I received from editor Susan J. Henly, professor emerita, University of Minnesota School of Nursing:

“As I understood it, your argument for retraction (of ‘Parental Stress Response to Sexual Abuse and Ritualistic Abuse of Children in Day-care Centers’) was based on the rationale that: the title embraced and promoted the existence of ritual sexual abuse in day cares that did not exist, and that not a single respected academic or professional would be willing to give credence to claims about ritualistic sexual abuse from the times during which the research was conducted.

“In response, I re-read Kelley et al. (1990) many times, reviewed background information, contacted the author, and communicated with the editor of another journal that has published papers on child sexual abuse by Dr. Kelley. Documents related to the original peer review of the Nursing Research paper are not available, and the Editor (Dr. Florence Downs) who accepted the paper is deceased.

“I searched for other papers on this topic from the 1980s to the present and did not locate any, including other original research by Dr. Kelley, that had been retracted. I discussed the methods of the research with Dr. Kelley; she verified what was stated in the paper, which I found to be in accord with expectations for scientific standards and ethical conduct of research. The editor I contacted about a related paper said the journal stood by the integrity of their review process and quality of the scholarship that had been published.

“With regards to issues related to credence of claims about ritualistic sexual abuse, Finkelhor, Williams, Burns, & Kalinowski (1988) included this sort of abuse in their national study of sexual abuse in day care. More recently, Salter (2013) provided a critical overview of debates arising from allegations of organized sexual abuse and addressed issues related to terminology. (Dr. Michael Salter is Senior Lecturer in Criminology at the University of Western Sydney). Also, a book by (Ross) Cheit (2014) summarized scholarly work that uses empirical data to challenge the view that cases from the 1980s were based on moral panic of the type described in your message. (Dr. Cheit is Professor of Political Science and Public Policy at Brown University.)

“Findings from the many papers (thousands) in the peer-reviewed literature focused on the forensic, sociological, political, family and health aspects of child sexual abuse will no doubt, with time, contribute to better understanding that can be used to keep children from harm as well as protect the rights of those wrongly accused – both issues that are of critical importance to all citizens.

“Retraction is a mechanism for correcting the literature and alerting readers to publications that contain such seriously flawed or erroneous data that their findings and conclusions cannot be relied upon (Committee on Publication Ethics, n.d.). Criteria for retraction of a paper include: clear evidence that findings were unreliable, the paper was redundant or plagiarized, or the research was conducted unethically.

“Using the process described above, I did not find evidence of any of these concerns in Kelley (1990). For this reason, the paper will not be retracted.”

Dr. Henly’s rejection letter is thoughtful and earnest, and I appreciate the time and effort it required. Some editors would’ve simply ignored me. But it is far too narrow, blindered to the big picture. This is from my response to her:

“The ‘satanic ritual abuse’ day-care moral panic is prominently in the news media these days with publication of ‘We Believe the Children: A Moral Panic in the 1980s” by Richard Beck. Unlike Ross Cheit’s revisionist “The Witch-Hunt Narrative,’ Beck’s book already has been positively reviewed in such periodicals as the New York Times (twice), the Wall Street Journal and the Washington Post. It is the long-awaited standard history of this era, and it establishes clearly that “satanic ritual abuse” was no more than a toxic myth.

“Your citations in defense of Dr. Susan J. Kelley’s article do nothing to disqualify your first criterion for retraction: ‘clear evidence that findings were unreliable.’

“The ‘ritualistic abuse of children in day-care centers’ motivating the article simply never happened – what evidence of unreliability could be clearer?