The truth about justice – as seen on TV! 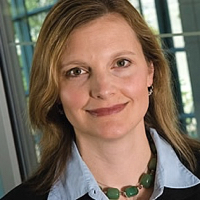 “The release last month of ‘Making a Murderer’ capped a year in which popular culture’s portrayal of the criminal justice system seems to have shifted. Out with the old tropes about truth-seeking investigators and tidy resolutions; in with the disquieting, dysfunctional reality of many courtrooms and police stations….

“Yes, post-conviction DNA testing and the work of Innocence Projects around the country have exonerated more than 1,700 defendants. Those cases heighten awareness of potential errors and demonstrate that wrongful convictions happen. But Americans shouldn’t expect certainty about innocence. Sometimes the focus on finding new evidence to exonerate distracts from the question of whether the old evidence proved guilt….

“Fewer than 70,000 federal felonies are prosecuted each year, while roughly 2.5 million felonies proceed through the state courts. Many state cases involve near-simultaneous investigation and prosecution. One rarely finds out ‘what really happened.’

“The prosecutor in Avery’s trial argued in his closing statement that ‘reasonable doubts are for innocent people.’ They are not. And procedural protections like access to defense counsel and freedom from coerced interrogations extend to both the innocent and the guilty. The real contribution of these documentaries is not to ask ‘whodunit’ but to reveal what was done to defendants….

“The moment is ripe for reform, culturally and politically….”

– From by “ ‘Making a Murderer’ Is About Justice, Not Truth” by Lisa Kern Griffin, Duke Law professor and former federal prosecutor, in the New York Times (Jan. 12)

Will this heightened skepticism about the nation’s justice system ever trickle down to exonerate the Edenton Seven and free Junior Chandler?