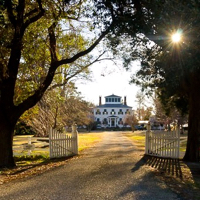 The aftereffects of Little Rascals on Edenton have long interested me. With few exceptions the town’s residents, now fewer than 5,000 for the first time since 1970,  seem dedicated to forgetting their prominent role in the “satanic ritual abuse” day-care panic. When the chief prosecutor ran for district attorney, the local paper published 17 stories and an endorsement editorial without mentioning Little Rascals.

One Edenton innkeeper even deleted mention of the case from the town’s Wikipedia page.

So I’m always glad to see another perspective. This is from a note sent by a former resident:

“I was excited to see your Facebook page on Little Rascals. I had been looking for copies of the PBS programs for years and had only uncovered some poor quality copies.

“I have many friends in Edenton, which made viewing ‘Innocence Lost’ all the more interesting. I began to know Edenton right at the tail end of the saga. For me its attractiveness was the sense that I was in a very different place, a different culture from home. Quiet, peaceful, slow-paced. But we concluded this was no place to live. Yes, some nice people to be found, but overall, pretty stifling.

“The town leaders still have some things to answer for about Little Rascals, and I suspect that until there is a process of reconciliation, the town will remain a troubled place, though it does a good job putting on a facade.

“Little Rascals is unfinished business. The problem is that the power structure sees no reason for change. There is such a direct link to the plantation mentality here in eastern North Carolina (which also saw no reason to change), it’s not even funny.”