What is ‘appropriate indemnity’ for wrongful prosecution? 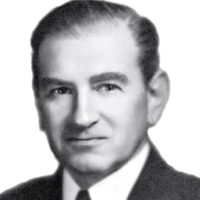 “One of the earliest arguments for financial compensation for the wrongly incarcerated came in 1932, from the Yale law professor Edwin Borchard. In an influential book called ‘Convicting the Innocent: Sixty-five Actual Errors of Criminal Justice,’ Borchard wrote, ‘When it is discovered after conviction that the wrong man was condemned, the least the State can do to right this essentially irreparable injury is to reimburse the innocent victim, by an appropriate indemnity for the loss and damage suffered.’ He noted, ‘European countries have long recognized that such indemnity is a public obligation.’ But it would be many years before the United States began puzzling through what constituted an ‘appropriate indemnity.’ It wasn’t until the first DNA exoneration, in 1989, that most states began to seriously consider compensation.

“There is still no consensus about the value of lost time. Missouri gives exonerees $50 a day for time served, California twice that much. Massachusetts caps total compensation at $500,000. In Maine, the limit is $300,000; in Florida, it’s $2 million. The variation is largely arbitrary. ‘If there’s a logic to it, I haven’t seen it,’ Robert J. Norris, a researcher at SUNY Albany who has studied compensation statutes, told me…. Twenty states have no compensation statutes at all.”

– From “The Price of a Life: What’s the right way to compensate someone for decades of lost freedom?” by Ariel Levy in the New Yorker (April 13, 2015)

North Carolina exonerees are entitled to $50,000 for each year spent in prison, plus job training and college tuition, up to a maximum of $750,000. However, those statutes apply only to persons “granted a pardon of innocence by the Governor upon the grounds that the crime with which the person was charged either was not committed at all or was not committed by that person.”

As excruciatingly demonstrated in the case of Henry McCollum and Leon Brown, not every governor is in a hurry to enable that compensation.