In search of a ‘frank and unblinking appraisal’ 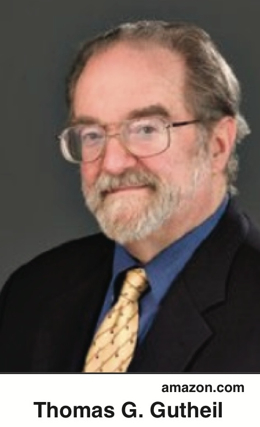 Following up on the curious case of Richard Noll v. Psychiatric Times, I wrote editor-in-chief James L. Knoll IV to ask about the removal of Dr. Noll’s “satanic ritual abuse” essay from the Psychiatric Times website.

Did the journal plan to address in some fashion the issues raised in Dr.
Noll’s piece? “Unfortunately, I am not at liberty to comment on the situation,” Dr. Knoll replied.

Next I turned to Psychiatric Times’ editorial board, described on the site as “(not) just figureheads with impressive résumés…. They give us their frank and unblinking appraisal of the contents of each and every issue….”

This is from a letter I sent to 22 PT board members:

“I am writing you in response to Dr. Allen Frances’s call for psychiatrists to ‘step forward and do the right thing’ about the profession’s failure to confront the ‘satanic ritual abuse’ claims of the 1980s and early ’90s.

“As you know, Psychiatric Times removed from its website Dr. Richard Noll’s history of the SRA era….

“Dr. Noll concluded by asking: ‘Are we ready now to reopen a discussion on this moral panic? Will both clinicians and historians of psychiatry be willing to be on record? Shall we continue to silence memory, or allow it to speak?’

“How do you, as a member of the Psychiatric Times editorial board, answer these questions?

“Would you now be willing to join with Dr. Frances in formally setting the record straight about SRA and in making amends to the scores of wrongfully prosecuted victims of the moral panic?”

So far I have not been overwhelmed with responses to these questions. In fact, I have received only a single “frank and unblinking appraisal” – from Thomas G. Gutheil, professor of psychiatry, Beth Israel Deaconess Medical Center, Harvard
Medical School.

“I do agree (with Dr. Frances),” he writes. “The 1992 FBI report compiled by Kenneth Lanning should have put an end to this, when he investigated many claimed cases from law enforcement viewpoint and in multiple cases found not a shred of physical evidence, DNA, cells or bloodstains from butchered babies or sacrificed virgins.

“The problem is that social viruses like this are hard to assess and halt, like their biologic counterparts. I agree that individuals, especially in the legal system, should own up to their serious errors and miscarriages of justice, since improved science has blown up many claims, yet some prosecutors (e.g., Martha Coakley in Mass.) have not reversed themselves nor freed the imprisoned.

“However, I am not sure the entire mental health professions should share the blame.”

To be sure, distribution of responsibility among the professions is uneven – the Little Rascals prosecutors called on no psychiatrists at all, only psychologists, off-brand psychotherapists, etc.