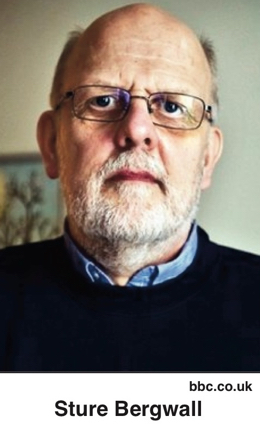 “Thomas Quick was the name adopted by Swedish petty criminal and drug addict Sture Bergwall, who under ‘recovered memory’ therapy, confessed to raping, killing and even eating more than 30 victims (during the 1970s and ’80s).

“These were supposedly reenactments of ‘recovered memories of sexual abuse’ he had experienced as a child.

“Extraordinarily compelling in the dock as a witness to his own ‘crimes’ (which he had never committed), he was convicted of eight murders. He had trawled newspapers for unsolved killings and convinced the Swedish police that he was responsible – even though he never led them to a single body.

“In 2008, his ‘confessions’ were shown to be untrue and by 2013 the last of his convictions was overturned. The Swedish government has ordered an inquiry into this devastating failure of its justice system. There will be lessons in it for our own (British) authorities.”

– From “Is the therapy that brings out false memories behind VIP abuse claims?” by Dominic Lawson in the Daily Mail  (Sept. 20)

How about that – a government that wants to examine “the devastating failure of its justice system”! If the State of North Carolina ever felt such an urge, I think I could come up with a case or two that meet that description….