Salem profits from its historic shame – so why shouldn’t Edenton? 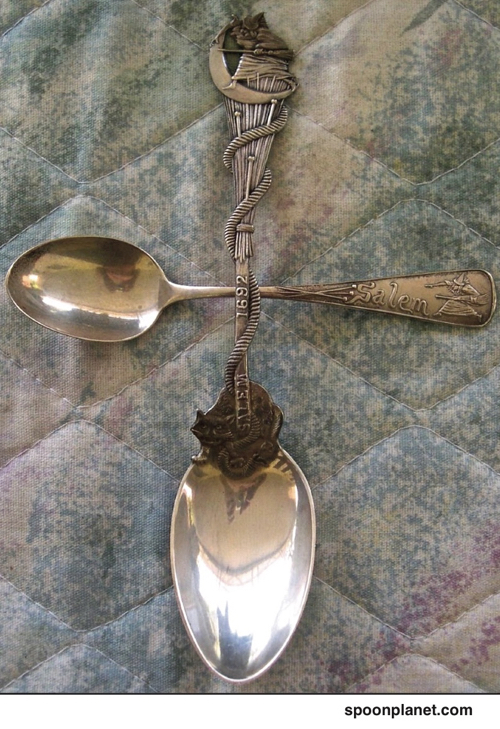 “You have to be … inventive to brand yourself as a Halloween capital – extending a one-night affair into a monthlong celebration and inviting hundreds of thousands of visitors into your streets – when for centuries you were known as the community that put innocents to death for witchcraft. How did Salem, Mass., repackage a tragedy as a holiday, appointing itself ‘Witch City’ in the process?…

“About 200 years after the trials, a Salem silversmith issued a souvenir spoon, featuring a witch holding a broomstick. Other mementos followed. It was difficult to hit the right note: The Salem-based Parker Brothers company issued, then quickly discontinued, a witchcraft card game…. When Arthur Miller visited Salem in 1952, he discovered the subject was taboo….

“Meanwhile the city fell on hard times…. As if by magic, a different kind of enchantment arrived in the form of the ABC sitcom, ‘Bewitched.’ It seemed that an ancestor of Samantha, the main character, had been convicted of witchcraft during the trials….

“In Samantha’s wake, Salem recast its inglorious past, or at least some version of it…. The city transmuted its secret shame into its saving grace. In 1982 it introduced ‘Haunted Happenings,’ later extending the holiday into a four-week festival. ‘Salem owns Halloween like the North Pole owns Christmas,’ The Boston Globe declared….  Halloween is to some extent year-round in Salem, where you might well bump into a goblin in a sandwich shop in July. 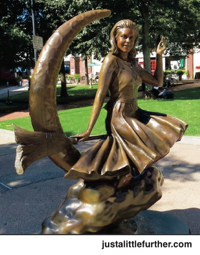 “Three hundred years after the trials, Salem unveiled an elegant, understated memorial to the victims. Three hundred and thirteen years after the trials, it unveiled a gleaming statue of the ‘Bewitched’ star, Elizabeth Montgomery, on a broom. Not everyone liked the idea: A former historic district commissioner clucked that one might as well plant a likeness of Colonel Klink at Auschwitz. But the 1992 memorial was arguably not itself possible without ‘Bewitched.’ It isn’t easy to commemorate an atrocity. ABC’s domestic goddess had both laundered and folded the history….”

– From “First, Kill the Witches. Then, Celebrate Them.” by Stacy Schiff in the New York Times (Oct. 24)

Edenton may lack the springboard of a popular sitcom, but this 1993 letter writer foresaw the tourism potential of remembering the Little Rascals case.  Proposals for a statue – or a spoon – anyone?