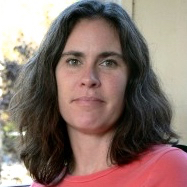 “This week Harvard Law School’s Fair Punishment Project issued a report detailing the legacies of five of the nation’s deadliest prosecutors, and (Joe Freeman) Britt was among them. The report highlights what it calls ‘personality-driven capital sentencing,’ which leads overzealous prosecutors with a flair for courtroom theatrics and a desire for personal fame to pursue death sentences at disproportionate rates….

“This personality-driven system means that a death sentence often says less about the severity of the defendant’s crime, than it does about the prosecutor’s enthusiasm and courtroom skills. Personality-driven prosecutions can also lead to wrongful convictions, when prosecutors making winning cases a higher priority than seeking justice….

“Britt often cut corners to win. Appellate courts found that Britt committed misconduct in 14 of his capital cases, the new report shows. His offenses included hiding evidence that might have proven defendants innocent and making inflammatory and improper statements to jurors….

“When they were exonerated by incontrovertible DNA evidence, Britt did not even have the heart to admit his mistake. Instead, he continued to loudly proclaim their guilt….”

I shudder to speculate what might have happened in Edenton had North Carolina sanctioned capital punishment for child sex abuse. The Little Rascals prosecutors, most strikingly Nancy Lamb,  bore many of the “personality-driven” characteristics seen in a Joe Freeman Britt: